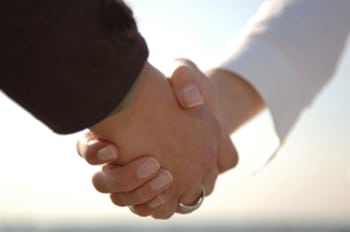 Today, local officials face a problem decades in the making: aging water infrastructure systems and the costs of repair and replacement.
Much of the country’s one million miles of water lines are approaching — or have already exceeded — the end of their usable lifespan. Millions of gallons of potable water are lost beneath our streets, representing not only money lost, but harm to another part of our essential, but underfunded, infrastructure.

Our water systems are in crisis, and it is local officials who have carried the burden of addressing this challenge.

Water is a matter of public health, as shown by several recent outbreaks of Legionnaires’ disease and lead poisoning in Flint, Michigan. Although lead pipes have been banned for decades, many cities have them and can’t find them. Corrosion may leach metals — as seen in Flint — into the water, including cadmium, copper and iron, and the leaks introduced may allow contaminants to enter the water after it has been treated.

More than 40 percent of water infrastructure is considered poor, very poor or elapsed. It is old, with portions installed prior to the Civil War, especially in older cities on the East Coast. An estimated 2.1 trillion gallons — or 6 billion gallons a day — are lost each year. This isn’t surprising, given that 240,000 water main breaks occur annually. Our infrastructure is leaking water and money, and it won’t stop any time soon.

It Will Be Expensive

The American Water Works Association (AWWA) estimates it will cost  trillion over the next 25 years to repair our ailing systems. Federal, state and local governments have spent an estimated .2 trillion over the past 60 years. Local government investments account for 95-98 percent of all water and sewer infrastructure spending, including more than $10 billion in 2015, according to the U.S. Census Bureau. The bill has come, and it won’t be pretty — the AWWA estimates that in those communities with the greatest need, household water bills will triple.
While nearly 90 percent of Americans agree that our water infrastructure needs an upgrade, fewer than 20 percent of water utilities are confident they can cover the needed cost through rates and fees alone — with the investment shortfall estimated at 5 billion over the next 20 years.

Federal Dollars Alone Won’t Solve the Problem
President Trump announced an infrastructure plan including 0 billion in federal dollars over the next decade. Administration officials said the proposal includes billion in direct funding for rural projects and 0 billion for an infrastructure incentives program for state and local projects. It is hoped that the federal dollars will spur state and city governments to invest an additional .5 trillion –either from their own budgets or through public-private partnerships. However, those numbers fall short of the estimated .6 trillion in infrastructure work needed, according to the American Society of Civil Engineers.

Federal spending reached its peak in 1976, at .8 billion, and has steadily declined since, to about .4 billion in 2014 — a nearly fourfold decrease in funding over 30 years. In addition, most of the federal funding since the 1990s have been in the form of loans, while state and local governments shouldered increasing costs. Before the 1980s, government spending on water infrastructure was an upward trend – but those days are long gone.

Five Things Local Leaders Can Do
While the water infrastructure crisis is a problem that must be solved in coordination with all three levels of government, local officials can still make improvements and plan for the future right now. There are several ways to integrate resilient and flexible infrastructure planning into current systems.

For more information on water infrastructure maintenance and planning, and to find out how your residents can learn more about their responsibilities, contact us.