Take Over Your Block: An Interview With Better Block Foundation 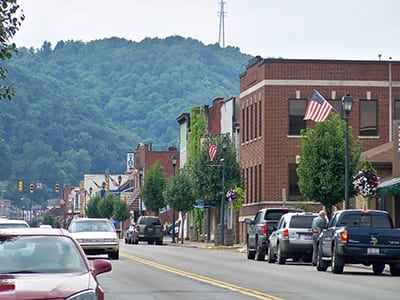 One of my favorite parts about community development is the innovation that exists, if you allow it, by engaging the community. There are some organizations doing this well, one of which is The Better Block. To better understand their multi-tiered engagement strategies and how they gain community trust, I sat down with Managing Director Krista Nightengale and asked why place-making is so important and how it can begin to mitigate and deter crime in some of our highest crime areas.

Christie: What is the story of Better Block? 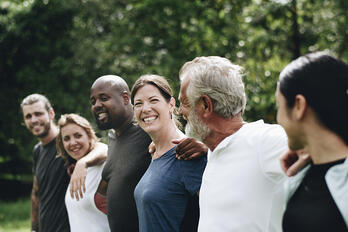 So they did the only thing they could: for one weekend, they took over their block. They painted bike lanes, coordinated pop-up food markets and retailers and created a beer garden. They called their experiment the Better Block, and through it the community brainstormed together, learned together, and ultimately shared in the beautiful and vibrant spaces they helped create together.

The power to make improvements was placed in the hands of neighbors, and they ran with it. Over the years, Better Blocks have been implemented from Portland to Detroit and Melbourne to Tehran.

In 2015, the John S. and James L. Knight Foundation awarded Jason Roberts a capacity grant to create a nonprofit that could continue the work and provide resources and tools to community leaders interested in creating their own Better Blocks. Thus Better Block Foundation was born, which today calls Dallas home.

Christie: Why is place-making different from other “community building strategies”?

Krista: Our projects are fast and furious, as they’re usually only 90-120 days. A lot has to happen in that timeframe. It is a lot of stress and it is a lot of work. But because they are so fast, they require the communities to organize quickly and figure out how they work/don’t work together. This also provides communities with quick wins and connections and ideas for next steps.

That moment when the community gets to see all their hard work come to fruition is everything. That moment when they see their block transformed and see their neighbors enjoying a space that before was neglected is everything. It’s these moments when the plans come to life, when the hard work pays off, and when the community truly sees the potential of their neighborhood that we work toward.

Not everything works in our projects. By testing out all the elements, the community is able to see what works and what doesn’t.

While most of the elements of our projects are temporary, the benefits are lasting. Because we erase the fear of permanency, we’re able to test out ideas and concepts that are sometimes feared by business owners and stakeholders; those demonstrations are seeing a long-term impact.

In the past three years, we have completed more than 20 projects. We recently surveyed them, and of the 17 who responded:

Christie: What is really the importance of “common space” for the benefit of ALL communities?

Krista: As we all know; our world is becoming more and more divided. Common spaces and public spaces are where we can come together, bump into one another, and break down the barriers that divide us. I truly believe that these small interactions are what take us from strangers to neighbors, and when we’re neighbors, we look out for each other. Of course, having common spaces are [sic] also good for our well-being and provide an escape as well as opportunities for health.

Krista: We are currently working on a project that combines our work of good urban design with Crime Prevention Through Environment Design (CPTED). This practice began in 1971 and was first coined by a criminologist professor from Florida State University. Its principles have been applied around the world to make spaces safer.

According to an article from CityLab that was published in 2015 [citylab.com], legal scholar Neal Kumar Katyal’s Architecture as Crime Control says, “if you optimize an area’s innate surveillance qualities—encourage residents, neighbors, and bystanders to be rigorous watchdogs—plus reduce social isolation and beautify otherwise dull environments, then justice will come within reach.”

We believe that trees, classical music, and clean spaces can reduce crime and create an environment for all.

Christie: Can trees really lead to a reduction in crime?

Krista: A 2012 study from Landscape and Urban Planning reports on the findings of a group of environment researchers from the University of Vermont. The report found “an inverse relationship between tree canopy and a variety of crimes in the Baltimore city and county regions. All told, the researchers conclude that “a 10 percent increase in tree canopy was associated with a roughly 12 percent decrease in crime.”

Krista: According to a Washington Post article from 2012 [washingtonpost.com], yes. “In 2001, police in West Palm Beach, Florida, blasted Mozart and Beethoven on a crime-ridden street corner and saw incidents dwindle dramatically. In 2010, the transit authority in Portland, Oregon, began playing classical music at light-rail stops, and calls to police dropped. When the London Underground started piping classical music into its stations in 2005, physical and verbal abuse by young people … declined by 33 percent.”

Christie: Can cleaning and maintaining a space really lead to a reduction in crime?

Krista: According to the broken windows theory, yes. This theory was developed by sociologists James Wilson and George Kelling in the 1980s. The theory simply states that when low-level crimes (like broken windows in cars) are ignored, then larger (and more serious) crimes will happen soon thereafter. According to the Center for Evidence-Based Crime Policy, “A recent systematic review by Braga, Welsh and Schnell (2015) found that policing strategies focused on disorder overall had a statistically significant, modest impact on reducing all types of crime. This positive effect was driven by the success of place-based, oriented interventions.”

We believe wholeheartedly that if we put more eyes on the street by creating more welcoming spaces by removing bars from windows and adding some fresh paint, we can make a big impact.

Christie: If you wanted cities across the country to adopt one policy regarding placemaking, what would it be?

Krista: I cannot tell you how hard this is to get it down to one. So I’ll give you four.

The places we love to be, the places we want to hang out are made for us and not the car. If you are required to add a ton of parking, you will lose the whole reason you love that space. To make our cities better, we need to get rid of parking minimums.

I don’t think I could say anything better than this article.

What is the point of teaching a cyclist the turn signals when the motorist has no idea what these mean? In every driver’s ed course, there should be the same amount of education placed on motor vehicles as multi-modal options. The road is not for just one mode, yet we teach that way. Let’s incorporate the education from the beginning so we can stop fighting over the road and start truly sharing it.

America often builds to prevent itself from lawsuits, thus stripping joy from our communities. When I visited Copenhagen for the first time, I was enamored by the trampolines that were built into the sidewalk. It was an unexpected moment of joy that I realized I could never have in America. The plazas and playgrounds are also joyful but have some risk to them. We need to evaluate where we can take small risks and trust people.

Another element of this is placing beautiful designs in communities. Every single time we say we’re going to leave something outside, we’re always asked, “Well, what if someone comes along and vandalizes it?” We tell people that we build for love, not for fear. We build for the community that’s there not the what ifs that we make up. And, yes, sometimes things do get stolen or vandalized. But the community always comes back to make repairs and eventually, the vandalism stops. When it shows that someone cares, others will start caring, too.

To learn more about the amazing work of Better Block Foundation, please visit their website.

The NLC Service Line Warranty Program, administered by Utility Service Partners, Inc., a HomeServe company, partners with municipalities to help educate and protect homeowners from unexpected and potentially costly water and sewer line repairs and replacements. The municipality receives royalties from the partnership that can be used for community initiatives. The City of Scranton, Pennsylvania, dedicates these funds to the Scranton Homebuyer Assistance Program, which provides financial assistance for exterior home repairs to revitalize neighborhoods. For more information on how you can offer this protection in your municipality please contact us.

In addition, the HomeServe Cares Foundation is committed to improving quality of life for residents in communities across the U.S. This four-pillar corporate social responsibility program includes pro-bono repairs for disadvantaged homeowners, grant funding for community-based projects, employment assistance for veterans transitioning from the military into skilled trades, and employee charitable giving and volunteerism. For more information, please click here.