Ed V. was accustomed to receiving frequent phone calls from his mother Dolores. After all, she’s 90 years young and living by herself in her Kulpmont, Pennsylvania home of over 50 years. But on one early February day, Dolores called her son because she noticed water backing up in her house. After Ed remembered that his mom had a HomeServe policy, he gave us a call. That very same day, a local HomeServe network contractor, American Rooter, came out and ran a snake down the sewer pipe. They felt a block unclog, so problem solved, right? Unfortunately, wrong.

Five weeks later in late March, the issue began happening again – water was backing up into Dolores’ home. HomeServe sent American Rooter out again, but this time, after running a camera down the pipe, they discovered a crack in the sewer line. The compromised section would have to be replaced. 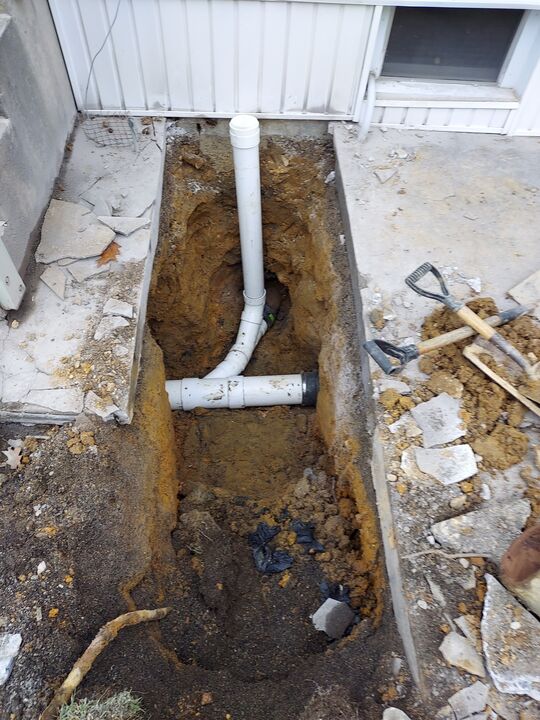 Luckily for Dolores, she has been a HomeServe customer since 2006. And while she has been fortunate to never have needed a repair until this year, HomeServe was there when she needed us most. When all was said and done, the job to diagnose and repair the sewer line saved her just over $4,000.

“When my mother called me that morning and told me that water was backing up again I thought, what in the world are we going to do?” said Ed. “But as soon as we got off the phone with HomeServe, it felt like the weight of the world was off of our shoulders. We were confident we’d be taken care of – and we were.”

Dolores first learned of HomeServe’s partnership with Aqua Pennsylvania all those years ago through a mailing on a water line policy she received at her home. Ed remembers his parents’ logic was, why not take out some coverage? The home was old, and they felt like it was only a matter of time before they could run into a problem with their water line. In the years that followed, they added sewer line and interior plumbing coverage as well. Miraculously, the home had time on its side and avoided any problems until this year. But when the issue did arise, it was clearly a major one. The unexpected $4,000 cost would have been a huge blow to Dolores and her family, and far outweighs the $380 she has spent in monthly payments for the HomeServe sewer line policy that saved the day.

“HomeServe honestly made us confident that we were going to be taken care of starting from the first call. Because of them, we felt like our situation wasn’t the end of the world – and for many, a cost like that could be,” said Ed, Dolores’ son. “It really feels good knowing now that HomeServe works exactly the way it should. If anybody reading this is considering signing up for a policy – they should look at our story and know it’s the right choice for any homeowner. They really saved us.”