Lead in Water: Utilities and Homeowners Must Both Have Skin In the Game to Protect Public Safety 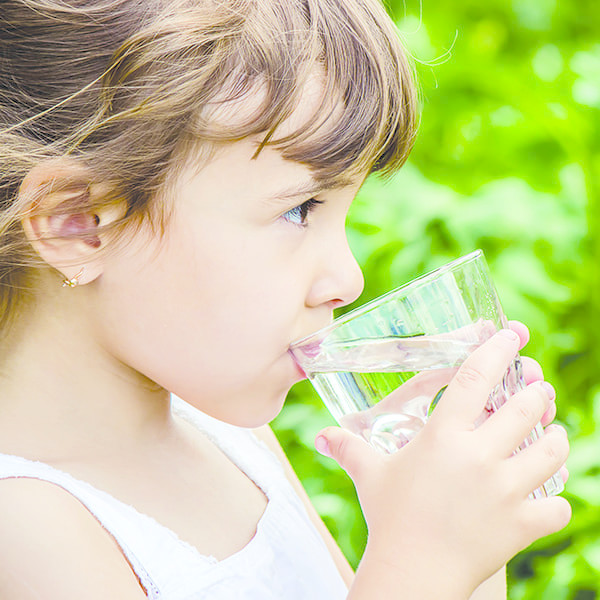 June is National Safety Month, a time when we should consider how to promote safety in our homes and workplaces.  There have been many articles and stories in the news covering the lead in water issue. Here are a few highlights, along with some stories from cities who are taking action.

According to the EPA, approximately 10 million US homes and buildings utilize service lines containing lead. Cities approach the situation in a variety of ways, but private-side water service lines and interior plumbing fixtures are a significant part of the problem. And those are the homeowner’s responsibility.

The City of Flint, Michigan has certainly drawn significant attention to the issue of lead in drinking water.  The Flint lead problem arose from the City’s money-saving measure of utilizing the Flint River as a water source instead of the Detroit water supply, which exposed all who drank the water from April 2014 to October 2015 to dangerous levels of lead. However, aside from Flint, lead in drinking water is a problem throughout the United States.

According to the Mayo Clinic, lead can build up in the body over a series of months or years, eventually becoming toxic. Even trace amounts of lead can be dangerous to health. Children under 6 years of age are the most vulnerable because they are still developing critical brain and bodily functions. Symptoms of lead poisoning in children include:

In rare cases, ingestion of lead can cause seizures, coma and even death.

According to the EPA, “pregnant women are also at risk because lead is stored along with calcium in bones. During pregnancy, lead is released from bones as maternal calcium and is used to help form the bones of the fetus. This is particularly true if a woman does not have enough dietary calcium. Lead can also cross the placental barrier exposing the fetus the lead.  This can result in serious effects to the mother and her developing fetus, including reduced fetal growth and premature birth.”

Because of its danger to children, lead is a growing concern in school drinking water.  According to Simple Water, “testing of water in public schools all across the nation are revealing unhealthy lead levels, as a result of corrosion due to aging infrastructure. Old lead service pipes, fixtures, and solder can undergo chemical reactions with acidic or low-mineral level water.” This reaction results in lead dissolving and entering the drinking water supply.

The EPA continues to be focused on reducing lead exposure for children.  According to Thomas Burke, Deputy Assistant Administrator of EPA’s Office of Research and Development, “EPA is taking a coordinated, public health approach to dealing with lead so we can continue our progress in reducing lead exposures. This approach outlines a common set of public health principles, listed below, that will guide the Agency’s work related to lead:

More recent legislation, the Lead and Copper Rule, became effective on December 7, 1992. This rule can trigger treatment requirements when lead and/or copper in drinking water exceed an “Action Level” of 15 ug/L (ppb) for lead. All community and non-transient non-community water systems are required to sample for lead and copper.

Communications From Utility to Consumers is Crucial

Water utilities are facing a new communications challenge related to lead in drinking water. According to an AWWA publication, “in the near future, utilities may be encouraged and even required to increase their communications efforts to better protect their customers from lead exposure at the tap.”

AWWA hosted an event during Drinking Water Week on May 3, 2016 in Washington DC, where more than 100 water utility leaders from throughout the United States and Canada shared strategies for removing the lead service lines that connect millions of older homes to water mains. Water leaders discussed how a collaborative approach among utilities, customers, government and other stakeholders is key to replacement plans. Many utilities shared strategies such as those from Cincinnati Water Works and Boston Water.

The Cincinnati Water Works has expanded its outreach on lead, including the addition of a new lead website, a lead hotline, social media outreach, direct letters to more than 20,000 customers, a speaker’s bureau and the distribution of pitcher filters to homes thought to be at higher risk. Utility data show about 17 percent of Cincinnati’s service lines that lead to homes are made of lead. It was a popular building material when early systems were constructed.

Boston Water has an online database that allows homeowners to search by address to determine if their property has a lead service line. Boston Water also offers a credit of up to ,000 ad interest-free loans to assist homeowners interested in remove the portion of lead pipe on private property.

Lead in Water In Households

Corrosion of lead-containing household plumbing is the main cause of lead in drinking water. Homeowners are responsible for the water distribution lines on their property as well as any interior plumbing fixtures.  Sources of lead can include lead service lines or goosenecks on these lines, lead solder on copper pipes and brass faucets and plumbing fixtures.  Exposure can be reduced by: