Is Your Tap Water Safe to Drink? 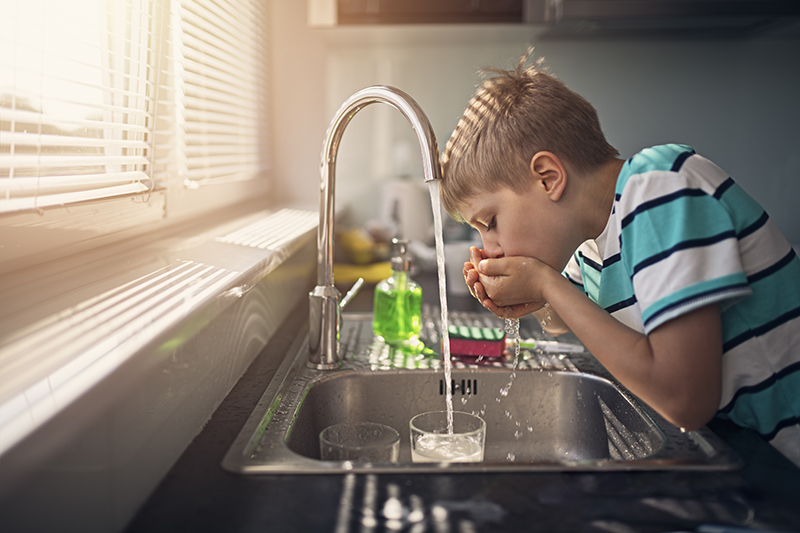 As a municipal official, you want to know that your residents’ tap water is safe to drink, but there may be things lurking in the water supply of which you are unaware. Groundwater supplies may be contaminated with arsenic, chemicals and pathogens discharged from factories and farms. Even the pipes delivering the water can be at fault, allowing lead or bacteria to leach into the water after it has been treated.

Arsenic is used as a pesticide, herbicide and to treat lumber. In industry, arsenic is used to produce glass, pigments, textiles, paper, metal adhesives, wood preservatives and ammunition, and is a byproduct of copper smelting, mining and coal burning.

Studies have established chronic exposure is detrimental to human health. Most of the arsenic found in water comes from compounds used on farms and in factories, and the higher the groundwater’s pH, the more likely arsenic will be released.

The EPA established a maximum allowance of 10 pbb for arsenic, and most water systems range between 2 and 10 ppb, although some western systems have are higher than the maximum allowance. In First Mesa, Arizona, a community well was within limits when it was dug, but when the EPA reduced the allowable maximum from 50 ppb to 10 ppb in 2006, it put the well over – and as droughts plague the area and the water levels dwindle, the concentration of arsenic rises.

Bacteria is naturally present in ground water and disease-causing bacteria, or pathogens, can contaminate bodies of water through fecal matter from farms, combined sewer overflows, cracked sewage pipes or leaking septic systems. Most pathogens will be removed during treatment, although a study showed bacteria can form a biofilm on treatment plant filters that allows pathogens to contaminate treated water. Inflow and Infiltration also can introduce bacteria from ground water into your system.

Water system work can cause spikes in lead for up to 18 months. More than 10 million lead service lines remain in service, and only half of one percent are replaced each year. It would cost $1 trillion to replace them, a responsibility that partially falls on property owners.

In Milwaukee, there are 70,000 lead service lines, primarily in low-income and minority neighborhoods. In Flint, a change of water – and the corrosiveness of that water – meant lead from service lines leached into the water.

In children, lead poisoning causes brain damage, reducing IQs and causing behavior disorders. In adults, poisoning damages kidneys and the cardiovascular system. Some utilities don’t have the manpower to test consistently, and, in many cases, lead comes directly from the homeowner’s plumbing system, something utilities can combat with anti-corrosion chemicals.

You’ve likely heard of the “forever chemicals,” or per- and polyfluoroalkyl (PFAs); developed in the 1940s, they are impenetrable by grease, water and oil. They are found in stain- and water-resistant fabrics, carpeting, cleaning products, paints, cookware, food packaging and firefighting foam and are in our food and even bottled water.

Unregulated, they’ve leached into the water supply after industrial use and are connected with liver damage, low birth weight, increased cholesterol, thyroid disease, cancer, immune system suppression and hormone problems. They can enter the bloodstream and never leave — most Americans have detectable levels in their blood.

It is recommended that drinking water shouldn’t have more than 70 ppt of PFAs, but it isn’t a requirement. However, there has been a push for the EPA to begin monitoring the level of PFAs in water and food, so it’s something for utilities to keep in mind.

Many struggling utilities are rural and small and lack resources and expertise. The cost per person to repair these systems is estimated to be twice as much because the smaller ratepayer base means each customer pays a larger share of capital improvement costs.

Of course, when large systems, like New York City and Long Island, have contaminants in the water, millions can be exposed to gastrointestinal illness – and it proves, no matter the size or budget, contamination can strike any system.

The Program is provided at no cost to cities, and partner cities can receive royalties based on participation.

To find out how you can help your residents achieve peace of mind, contact us.