Frances W. of Houston, Texas, is an older adult on a fixed income, so when she learned about HomeServe’s emergency repair plans, she thought it was a good idea.

To protect herself from an emergency repair, she enrolled in plans to protect her exterior water and sewer lines, in-home plumbing, water heater and interior electrical wiring systems, and has since been a loyal HomeServe customer for more than a decade.

“I’m a senior citizen and I don’t have any income, except for Social Security,” she said. “(The plans) aren’t costing that much money. That’s why I enrolled in all of them.”

Over the years, enrolling in those service plans proved to be a very good idea for Frances, with numerous calls for problems with slow drains and eventually a broken sewer line. HomeServe was there for her, sending pre-vetted, local plumbers to her home to address clogged sinks, slow drains and a leaking toilet, saving her hundreds and hundreds of dollars in the process. 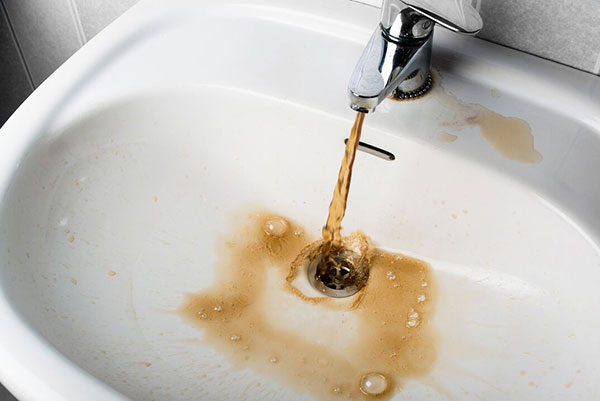 Then came the day when Frances turned on her kitchen tap and only a weak trickle came out.

“When I turned the water on, I knew there was something wrong,” she said. “There wasn’t the full flow of water coming through. The water was not coming in like it is supposed to, and in the bathtub, I could see that it was rust-colored coming out of the tap. I didn’t know what was going on, I had two problems at the same time, and that’s when I called HomeServe.”

HomeServe dispatched Texas Quality Plumbing to determine what was going on with her plumbing. The news was bad: she had old, galvanized water pipes in her home and they needed to be replaced allof them.

Galvanized piping are steel pipes that have been dipped in a zinc coating to prevent rust and usually were installed in homes built prior to the 1960s, when cooper became the material of choice. Those steel pipes are prone to rusting from the inside out; meaning that homeowners often will not even realize there is a problem until disaster strikes. Low water pressure because of the corrosion build up inside the pipes is a frequent sign of trouble with galvanized pipes, as is discoloration of water. Frances was experiencing both of these symptoms.

The cost to replace the lines was $6,887, and Frances was surprised to hear that, weeks after the repair was completed.

HomeServe handles all aspects of a repair, from pre-vetting and dispatching contractors to paying them directly for covered repairs, without any service call fees or deductibles passed along to the customer, up to their policy’s benefit amount.

Once all the water lines in Frances’ house were replaced, she didn’t have any more problems with her water pressure or discoloration.