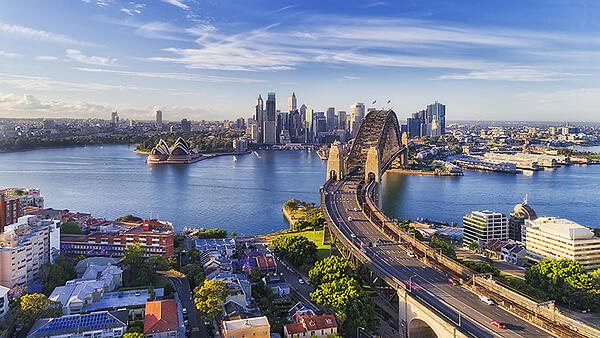 It is no secret that our country’s aging infrastructure is worsening, and that there is no one guiding agency or overall plan to address myriad issues from crumbling water pipes to inflow and infiltration overloading storm and wastewater sewers.

Even as headlines warn of public health crises such as lead in Flint, Michigan and arsenic in Texas, federal funding of water infrastructure has dropped from 30 percent forty years ago to only 4 percent today, shifting much of the financial burden onto states and municipalities. Many systems are so old that no one truly knows the extent of them – or if the pipes may be made of problematic materials such as asbestos or lead.

An estimated 15 percent of drinking water distribution systems are asbestos concrete pipes, and inflow and infiltration allows ground water contaminants to seep into already treated drinking water. The problem of aging infrastructure is compounded by a sparse population in rural areas, resulting in lower collected rates and a higher system cost per customer.

Economies of scale are difficult for rural utilities, but they aren’t much better for urban ones – there are nearly 60,000 different water utilities currently operating in the U.S., and few are working in concert with one another. Most are caught in a reactive cycle of fixing leaks instead of proactive replacement.

Across a sampling of states, many did no better than a C grade, or mediocre and needs attention, in the American Society of Civil Engineers’ most recent infrastructure report card, and several received a D grade, indicating poor and at-risk.

According to the report on wastewater, nearly 240 million Americans – 76 percent of the population – rely on the nation’s 14,748 treatment plants for wastewater sanitation. Fifty-six million more people will connect to centralized treatment plants, rather than private septic systems – a 23 percent increase in demand by 2032.

There are more than 800,000 miles of public sewers and 500,000 miles of private lateral sewers connecting private property to public sewer lines in the U.S. Each of these conveyance systems is susceptible to structural failure, blockages, and overflows. The U.S. Environmental Protection Agency (EPA) estimates that at least 23,000 to 75,000 sanitary sewer overflow events occur in the United States each year.

The report points out that, as new users are connected to centralized treatment, older conveyance and treatment systems must manage increasing flow or new treatment facilities must be constructed. The construction of 532 new systems will be needed by 2032 to meet future treatment needs.

The report on drinking water notes drinking water is delivered via one million miles of pipes across the country, and many of those pipes are coming to the end of their lifespan. Although the quality of drinking water in the United States remains high, legacy and emerging contaminants continue to require close attention.

While water consumption is down, there are still an estimated 240,000 water main breaks per year in the United States, wasting more than 2 trillion gallons of treated drinking water. The report card cites the American Water Works Association estimate that approximately $1 trillion is necessary to maintain and expand service to meet demands over the next 25 years.

The report card also notes that while drinking water’s aging infrastructure is funded primarily through a rate-based system, the investment has been inadequate for decades and will continue to be underfunded without significant changes as the revenue generated will fall short as needs grow.

This infographic, also part of the 2017 Report Card, explains the need for investment in water and wastewater infrastructure.

In a further study examining the impact of the widening gap between the failing condition of the nation’s infrastructure and the funding needed to improve it, losses were quantified in ways that go beyond the dollar figures needed to fund the improvements:

It is estimated that around $3,400 in disposable income is lost annually, per family, to bring the dollars home on a more personal level. These expenses are due to things like poor roads, traffic congestion, flooding and power outages.

The private infrastructure serving families’ homes, such as water and sewer lines, have also been subjected to the same elements that are causing our nation’s infrastructure to fail. When a private water or sewer line breaks, it can bring a repair bill that is several thousands of dollars.

Since service lines are the responsibility of the homeowner and many homeowners are unaware of that, they receive little to no maintenance. In addition, many homeowners call their local utilities when a line fails, resulting in frustration when residents learn they are responsible for this aging infrastructure.

Partnering with the National League of Cities Service Line Warranty Program can educate homeowners in their responsibilities, offer an optional home emergency repair plan and create an alternative revenue stream for qualifying municipalities. Award-winning call centers are available 24/7/365 and claims are serviced by a nationwide network of licensed, insured and thoroughly vetted contractors. To learn how to give your residents peace of mind, contact us.